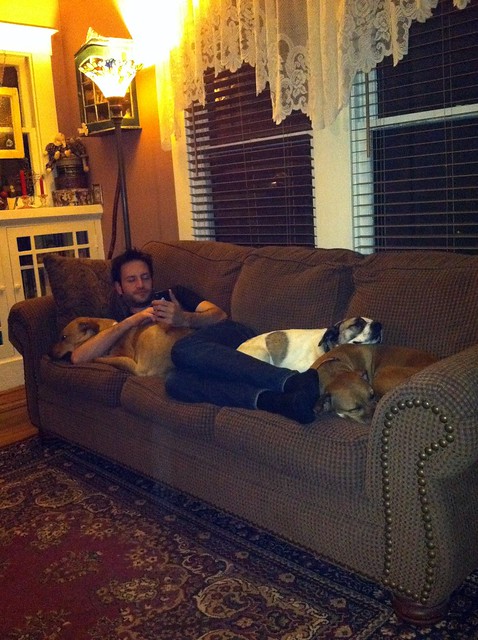 The only crafty things that happened at The Compound were my attempt to get better photos with my phone's camera and dogs jockeying for position on the couch with Tim. Pixie, being spooned by him, and Penny and Sugar, cuddled together at his feet, were the clear winners. At this point, Rex had vanished into a bedroom, and Guinness was on the floor at my feet. Meanwhile, Margot had declared the crate in the dining room her new Fort Emo and was repelling any invasion attempts with her breath.
Tags: compound, dogs, friends, photos
Subscribe
Comments for this post were disabled by the author